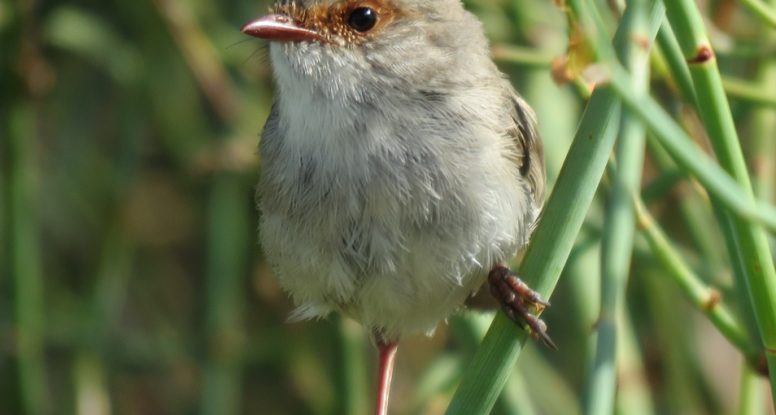 I took one step closer to birding this week. In December I joined two new Facebook groups, one on general South Australian nature and the other on South Australian birds. I have been really enjoying seeing all the local content and it has encouraged me to photograph even more than I would have previously (and let’s face it, I was a bug nut, scenery nut and general nature nut already). But this time I actually took the family out on a day trip with the specific aim of looking for birds ::hand to mouth, gasps loudly::

I had heard of Tolderol Game Reserve on the SA Birding group several times and was curious because everyone seemed to be going there and I’d never heard of it. So I looked it up.

Here be the faithful Google Map to locate it.

Cool, a place within a short drive I hadn’t been to yet! So I piled the family into the car and off we went.

I managed to remember my camera, but as I discovered at Strathalbyn, I forgot both my tripod and my microphone (there was cursing at my stupidity). The wind was up and blowing (again), so all my photography was of the extreme type – extended zoom in a gale – without that forgotten tripod ::aaargh!::

But I managed to take some photos anyway, starting at Strathalbyn (shortened to ‘Strath’ by many) where we had lunch. I’m kinda on a bird hunt and trying to photograph every new kind I come across and since I’ve just started, there are lots of common ones on the list.

First we had Australian Wood ducks – male and female. 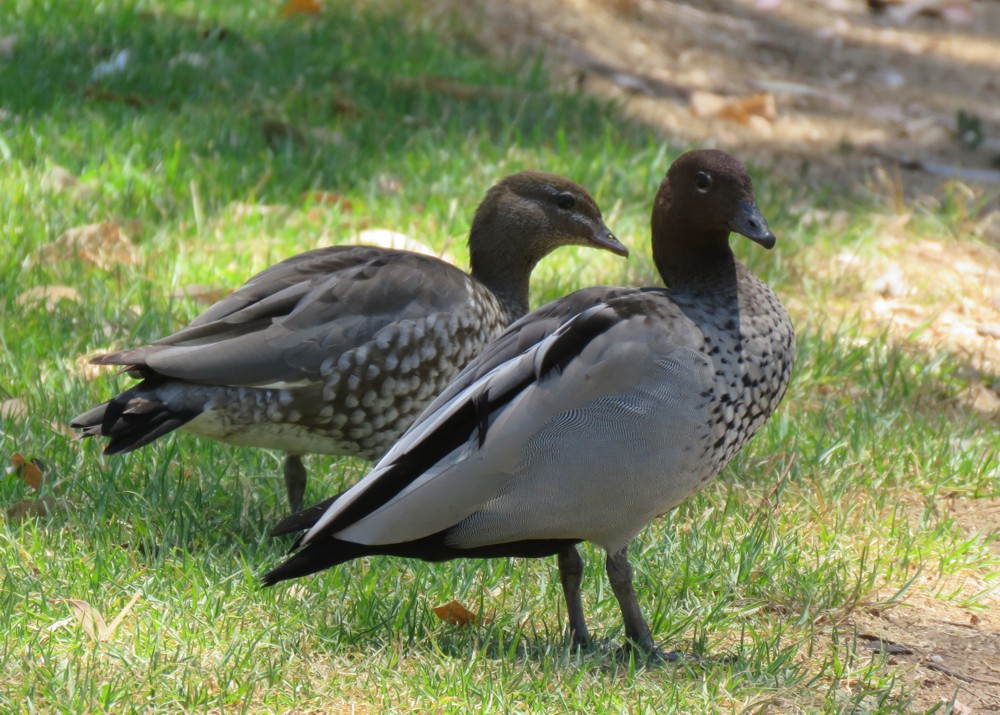 And anyone visiting Strath and surrounding area will have no problem identifying their Little Corella infestation – they are everywhere! 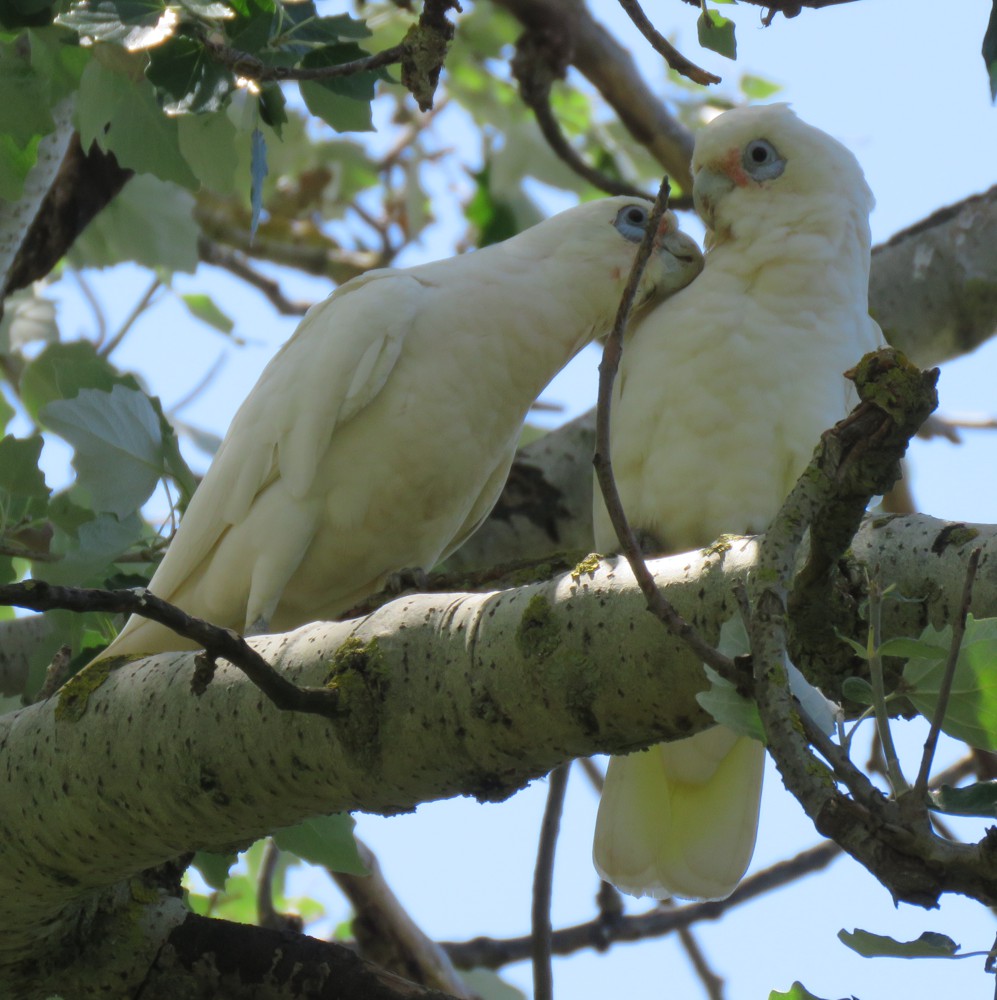 And the usual park water birds were represented by the Dusky Moorhen. A couple of these were literally eating slime.

And a Little Pied Cormorant. 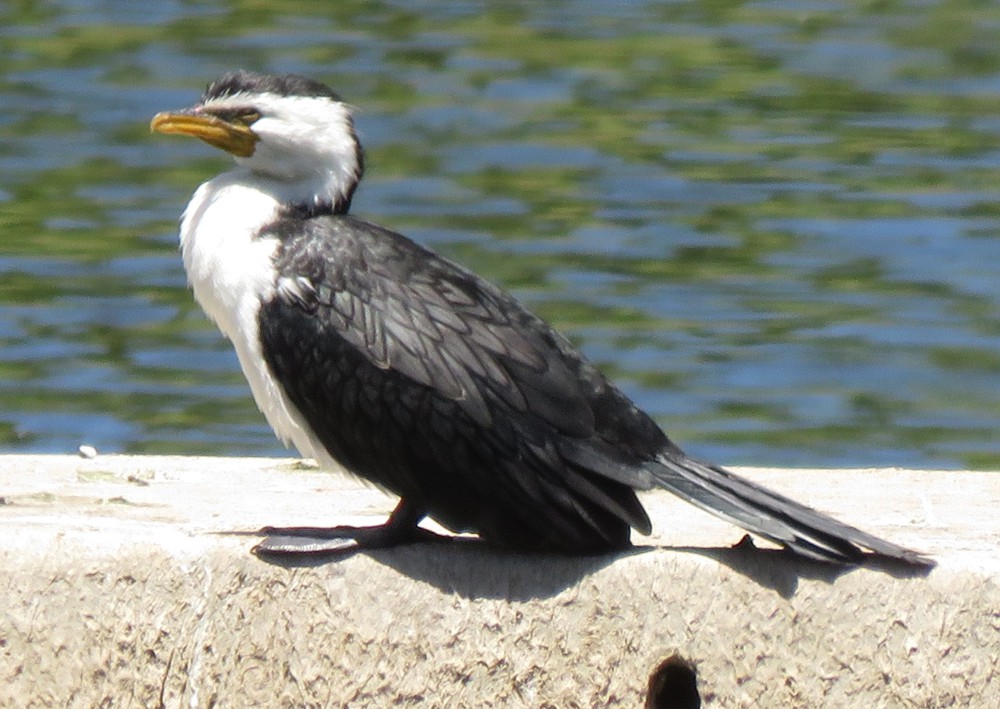 After lunch we made our way down to Tolderol.

Tolderol Game Reserve is a mixture of natural and man-made habitat that has been given over to the birds. And there are hundreds of them. It was like discovering Christmas. There were so many birds of so many different types everywhere, I didn’t know where to start. It consists of a series of basins on the shores of Lake Alexandrina and each of those basins has flocks of birds feeding and wading.

Looking back, I didn’t take enough photos. I got distracted by my car (more on that in a moment). 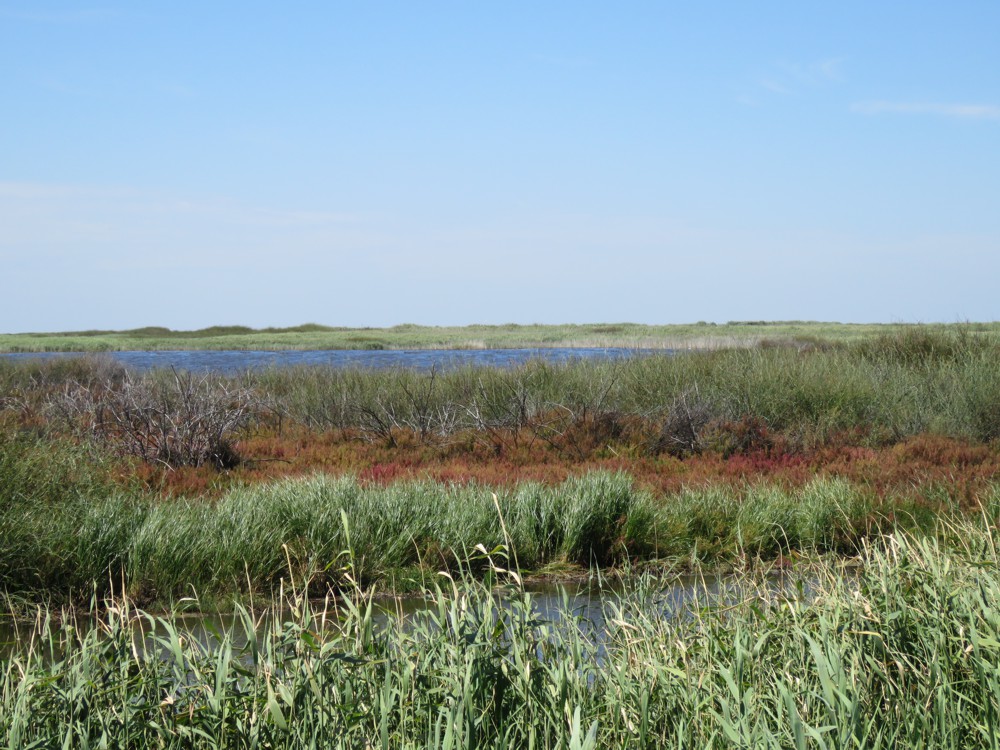 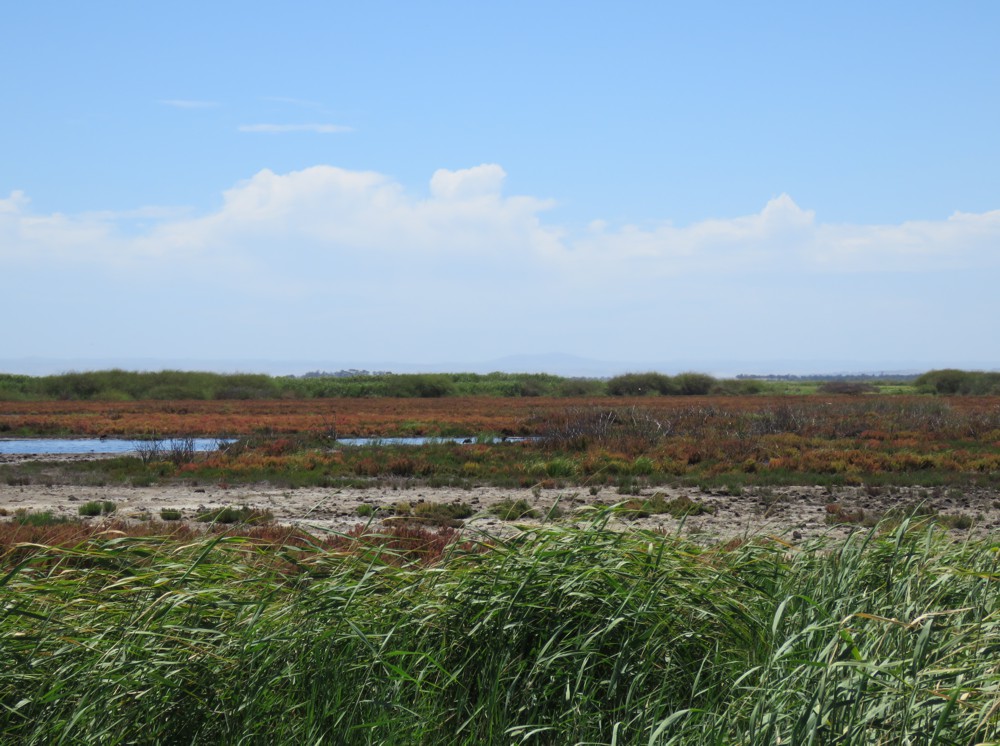 Lots of reed beds and samphire swamp, and lots of colour. 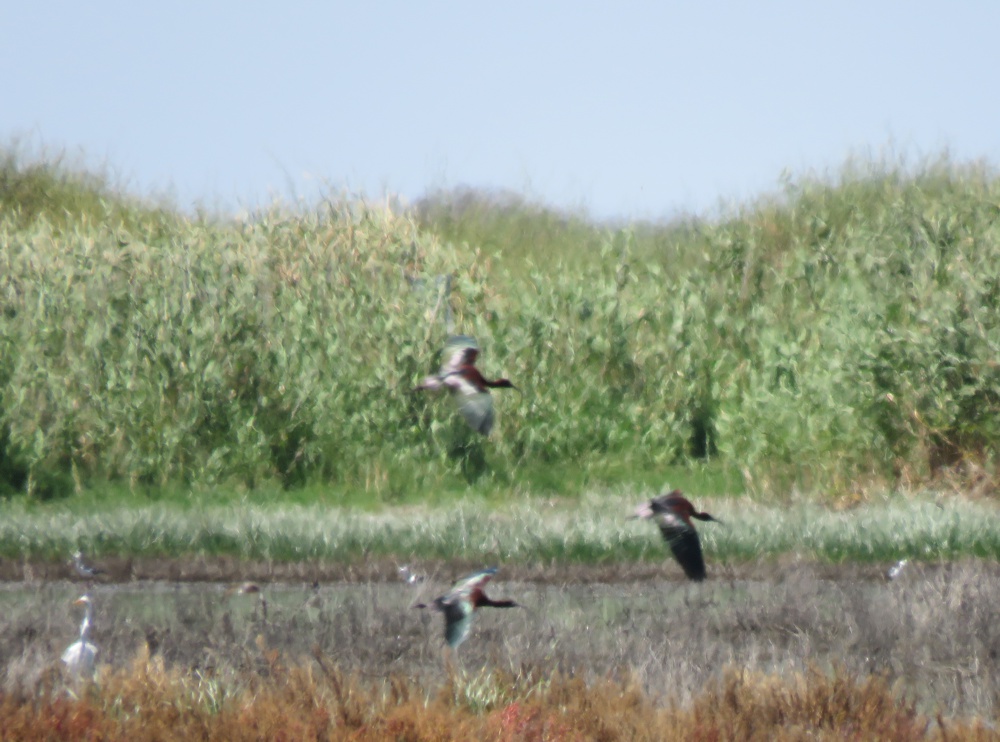 I also discovered that despite the outrageous zoom on my camera, it wasn’t quite enough. The above I have yet to identify, maybe Glossy Ibis? I don’t know. The Black-winged Stilt below, I took many photos and they are all like this – he was too far away to get a good shot with my camera and ability.

So we tried to get closer…and that is when I forgot to photograph. We took the car down a track to get closer to the main group of birds, and we did get closer, but the track was over grown and had quite deep wheel ruts and I only have a Camry family sedan and zero four wheel drive capability or experience…and I couldn’t turn the car around. Let’s just say that the next fifteen minutes or so, I was distracted in attempting to get the car out of its little predicament – note to Tolderol visitors – not all tracks are two wheel drive compliant. I’m just thankful it was the middle of summer otherwise there would have been the bogging issue. We did get to see a snake, however, from the safety of the car as it ambled across the ‘road’. So we got the car out and the kids were bored so we left and drove down to Milang (on the edge of Lake Alexandrina just to the south of Tolderol, see map above).

And would you believe it, on the foreshore of the town I came face to face with two of the birds that were so far in the distance in the Game Reserve. Firstly, the Eastern Great Egret… 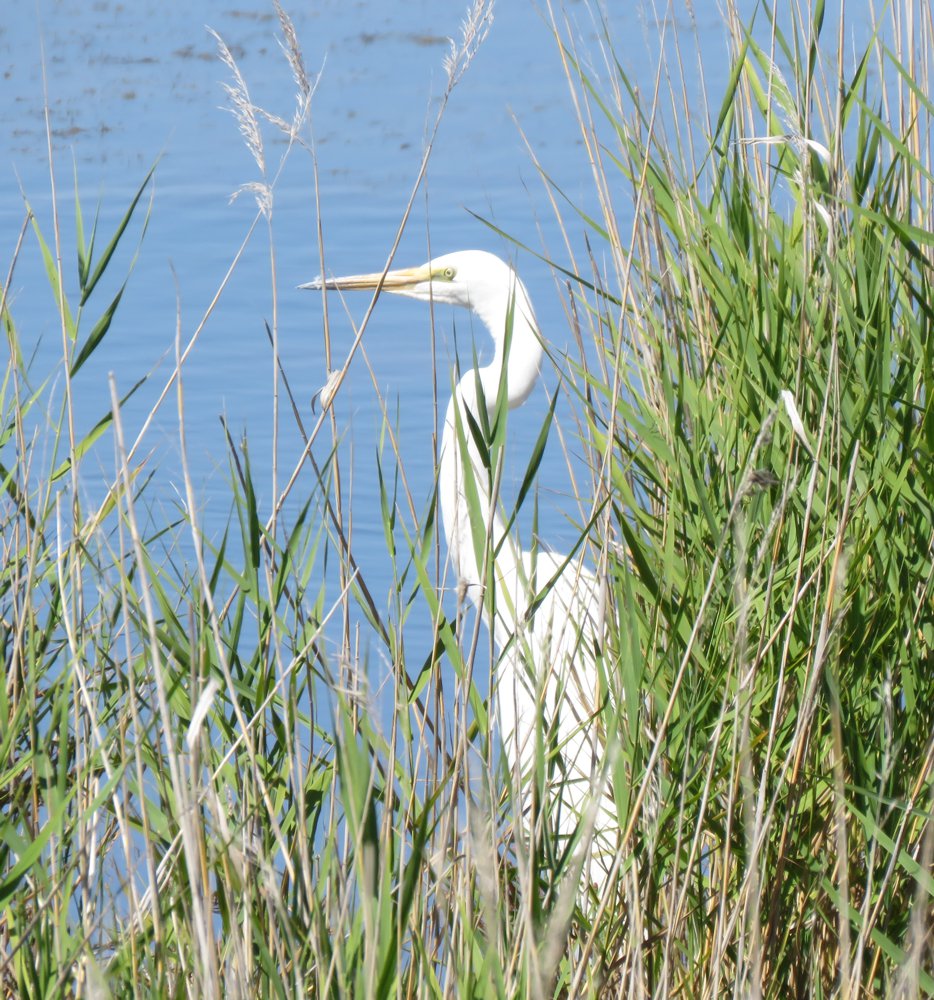 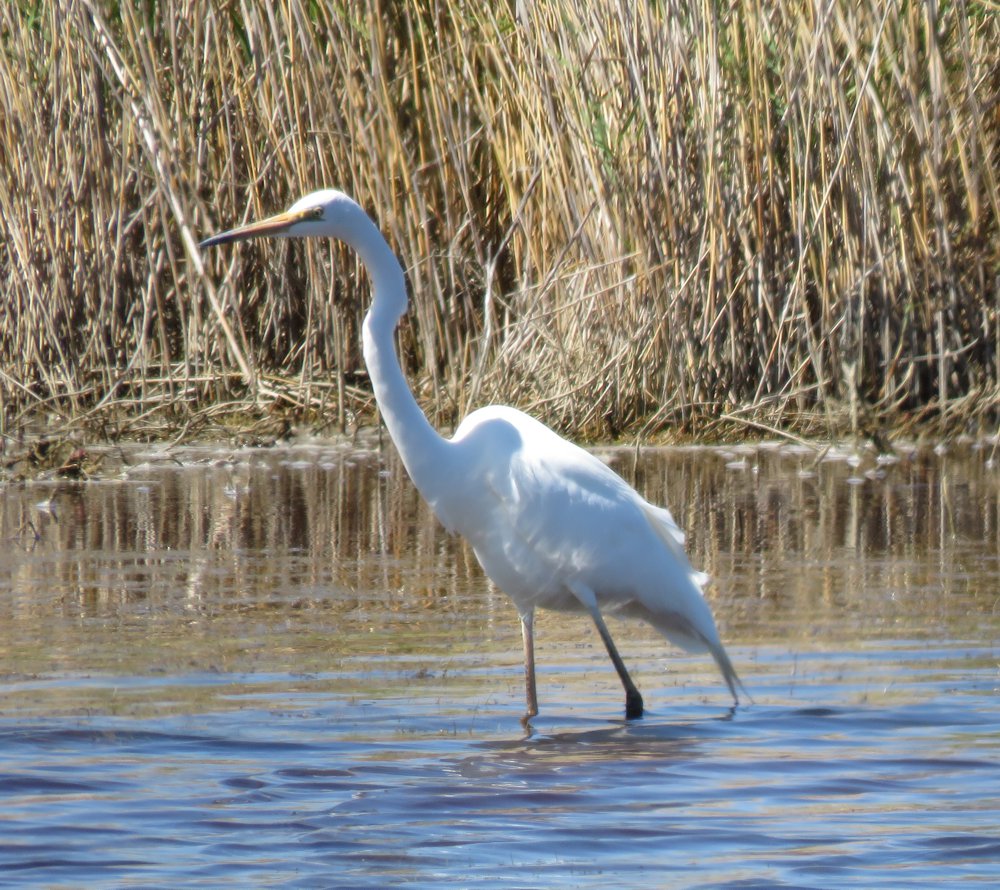 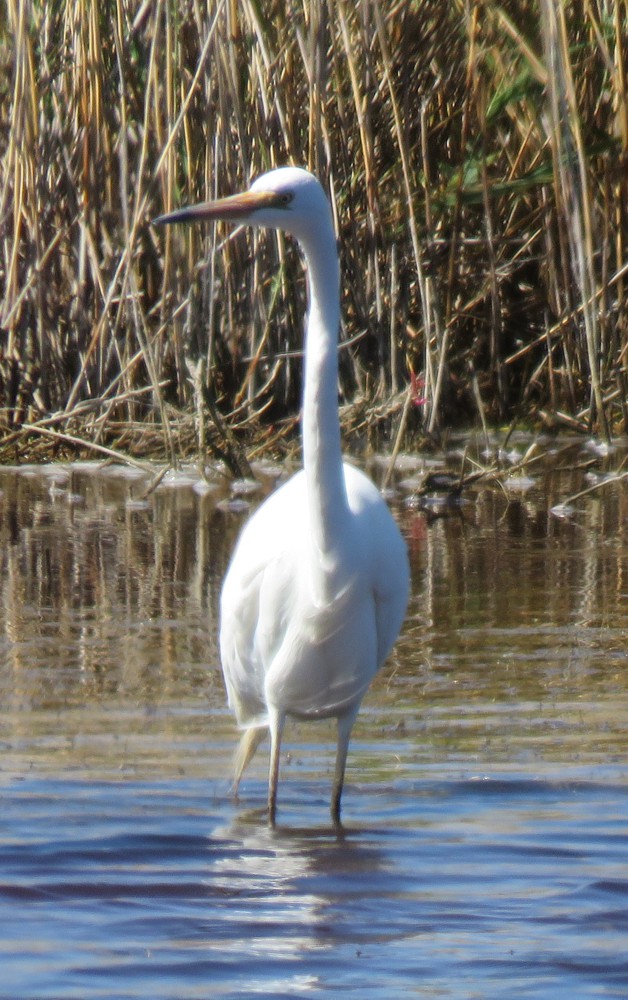 And I finally got some good shots of a White Faced Heron, one of my favs. 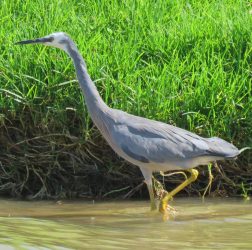 And to top the day off, my last couple of photos of a female wren came out wonderfully too. 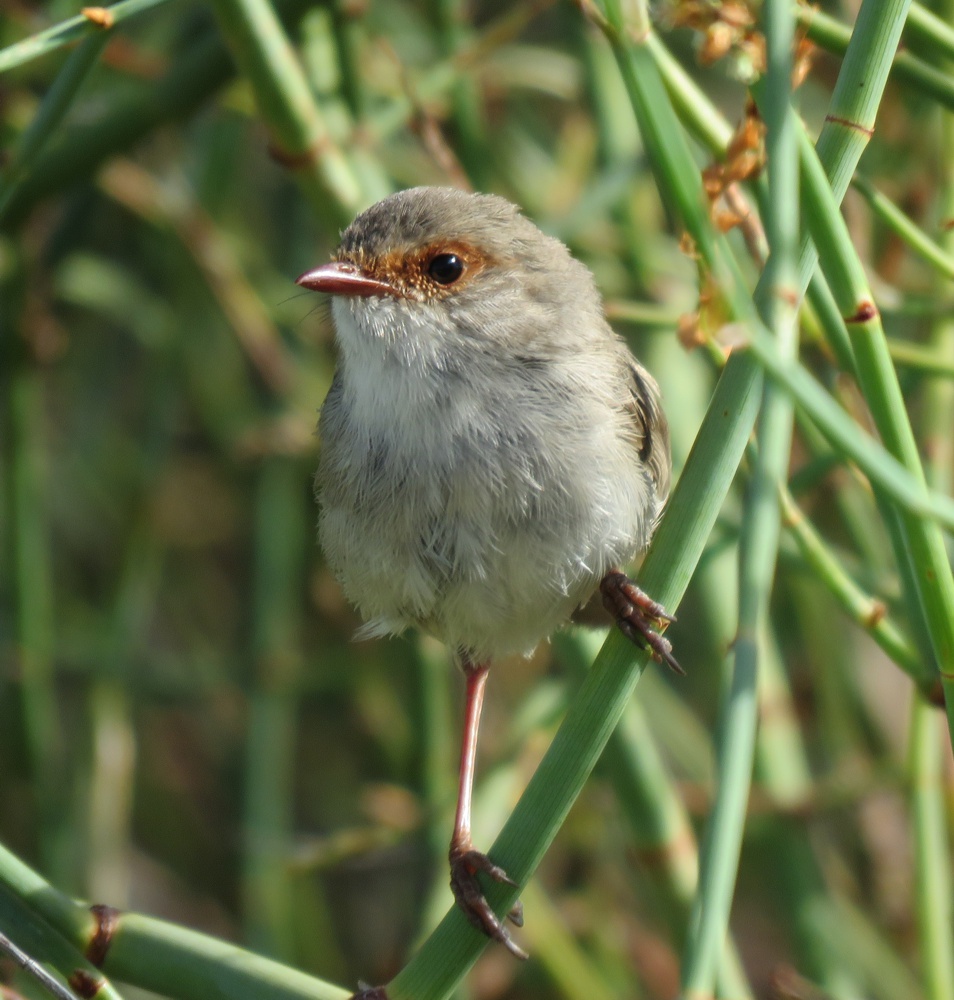 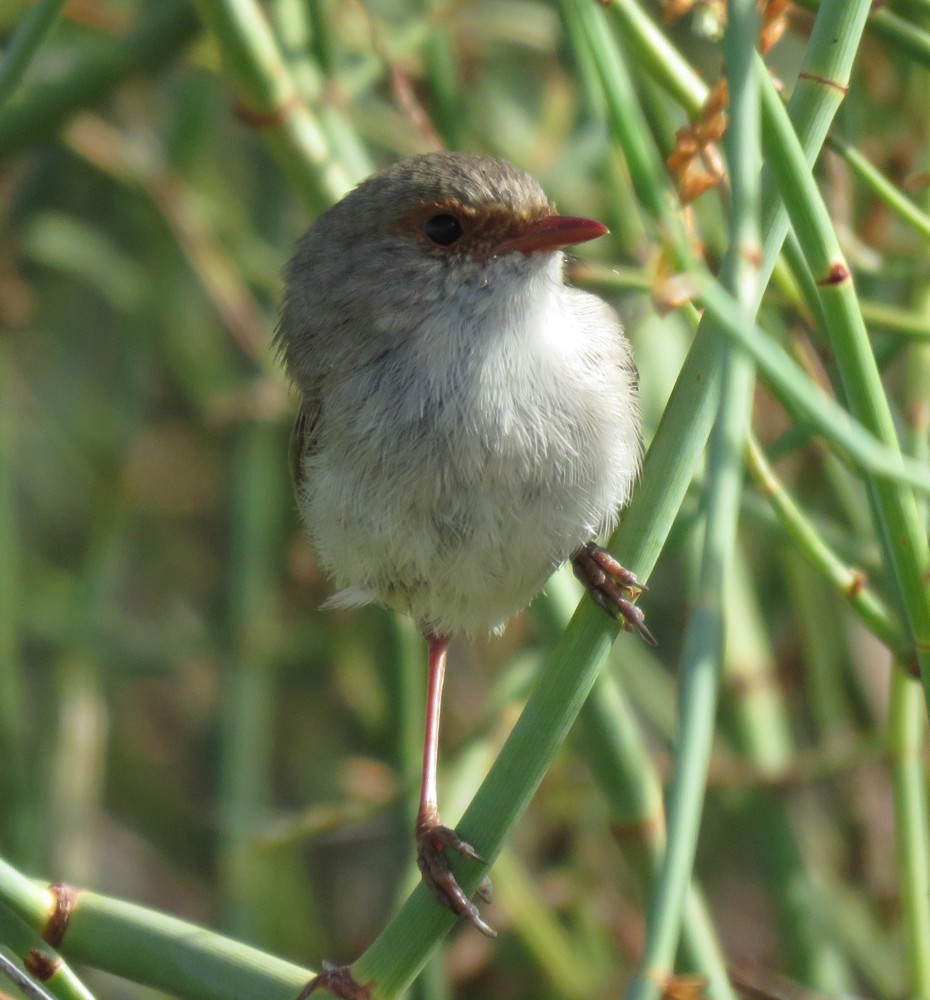 And that is it for bird photos in this post.

As to what I’ve been doing recently. Christmas was followed by a crazy period and as I had leave for a couple of weeks, I have been taking a break, alternately getting out of the house or lounging around it. There has been extensive jewellery making with several new designs which will end up in a post sometime in the future. There is likely to be more in the next couple of days as the temperature is supposed to soar to 41C and 42C this weekend – hibernation weather.

I had planned to do some painting while on leave, but the weather has been so hot, I haven’t dared get any paint out. I will have to wait for the cooler autumn to come in.

I am hoping to share this post with several favourite blog hops – Saturday Critters, Wild Bird Wednesday and I’d Rather be Birdin’ – so please drop by these blogs and check out the wonderful world around us.