This is my entry for the first Creative Colour Challenge. The challenge was Sunflower yellow and I spent some time trying to work out what to do. I wanted to use my pastels as the media I am currently experimenting with and they also are the type that stops me from being too precise, something I want to happen to loosen up my drawing. So I wanted a pretty free and easy subject that needed little detail. I came up with the concept of yellow light. I liked the idea of making light the focus of the composition.

The first idea I came up with was a child reading either with a candle or under the bedsheets with a torch. The yellow light would be able to sketch out the form. I discarded the idea because I felt it would require too much detail and time to perfect (time is very short in this household at the moment). I did like the idea though.

I also pondered various sunset options, but I knew my palette for the challenge would not support a decent drawing.

I then considered attempting a mandala. I’ve been inspired by both White Violet and Dream it then Create it.  I have some green pastel paper that would go wonderfully with the yellow, but then I thought that might be cheating and the mandalas are opposite of my attempts to lose detail, so I discarded that one too (though I might pick it up again in the future).

So I ended up with light reflecting off water. Initially at sunset, but due to the lack of a multicolour palette, it more resembles headlights, so there you have it. Also, I didn’t have sunflower yellow in my pastel palette (well not enough grades of that bright yellow to do a piece with), so I had to shift slightly in the spectrum to lemon yellow, which, interestingly turns green when you add black, whereas sunflower yellow turns brown. This is where I learn a little colour theory 😀

It became an exercise in perspective and tone. A good thing for someone like me who is learning the medium. I don’t think I managed to give the concept the skill it deserved, but I’ve learnt from it. I didn’t use any reference to work from, the entire thing is straight out of my brain and constructed by what logic of light I know.

Here are a couple of photos I took a few years back that give the concept some better illustration. 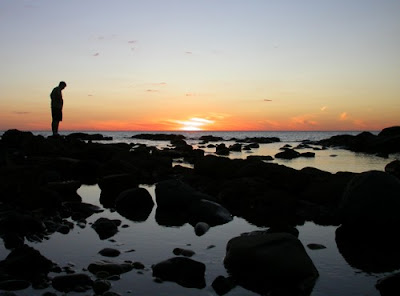 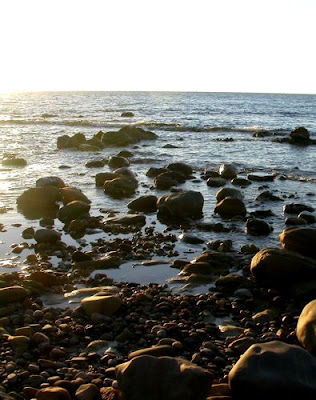