Saturday I felt like doodling and since the Drawing Lab Challenge I had missed involved doing exactly that, I did some. I grabbed my oil pastels, a piece of watercolour paper and just drew some swirls. No plan, no design beyond the idea that I’d like to play with some graduated colour (I followed the order of the pastels in the box mostly :D). 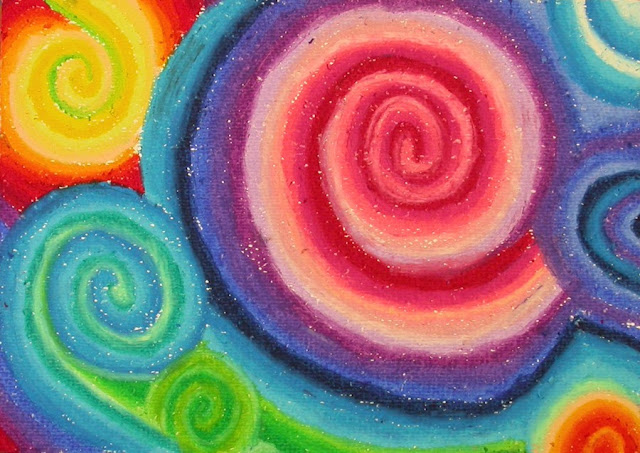 For the challenge I was supposed to listen to something distracting, but since I can’t afford the time to be totally switched off at the moment, I just listened to my kids playing with my sister. My attention was half taken.

Doodle done, I then wanted to experiment. I was inspired by the transparent effect I stumbled across in my last oil pastel experiment and decided to explore the use of white oil pastel to create that effect. So I did some more swirls. 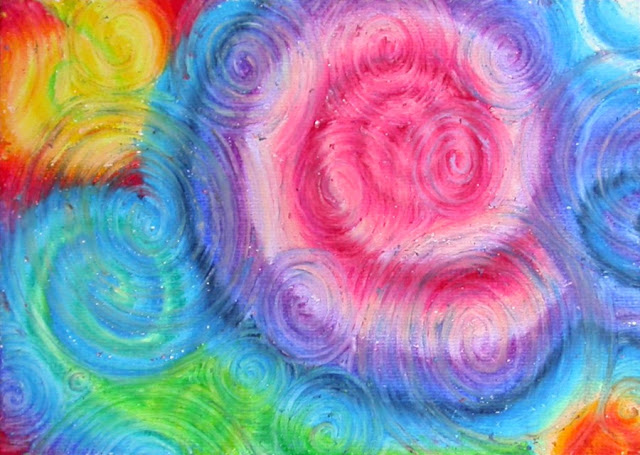 This is simply white and a few other very pale shades of colour directly on top of the other colours. I was really happy with this effect and plan to explore it further.

The piece as it was didn’t satisfy me as a composition. It needed more, so I experimented some more. 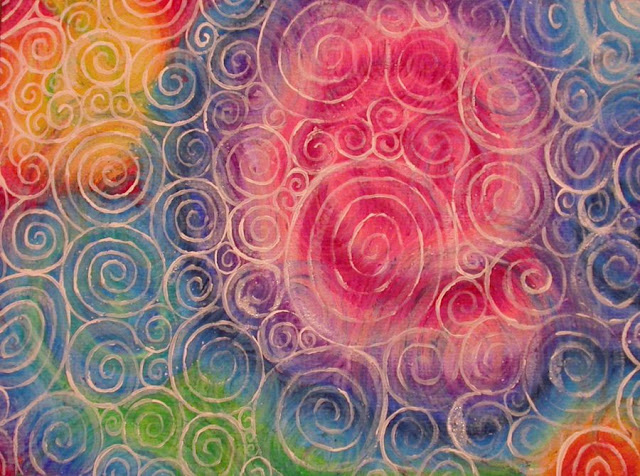 Please excuse the poor quality of the picture, we had moved inside as the weather had deteriorated and the lighting wasn’t crash hot.

I added some white swirls with acrylic. Initially I just painted in a basic line swirl, but I followed it up with some light wash over the top to give the swirls more body.  I wasn’t as happy with this effect as I was the white oil pastel swirls, so I continued to fiddle. 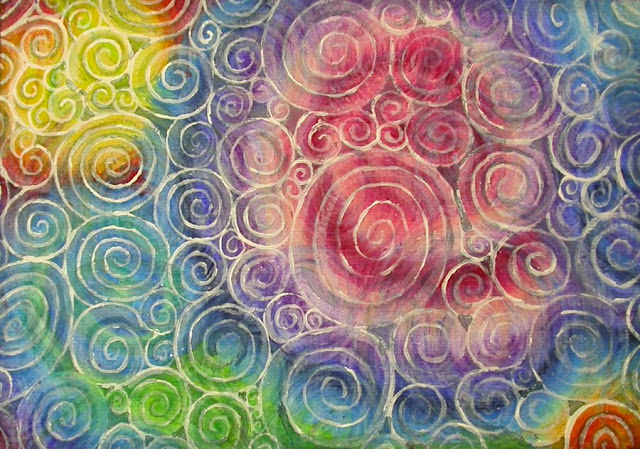 The composition lacked contrast, so I added a thin dark blue wash in places that could give the white swirls more dimension. Still not happy and beginning to wonder if I should never have gotten the paints out in the first place. Then I hit upon another idea. 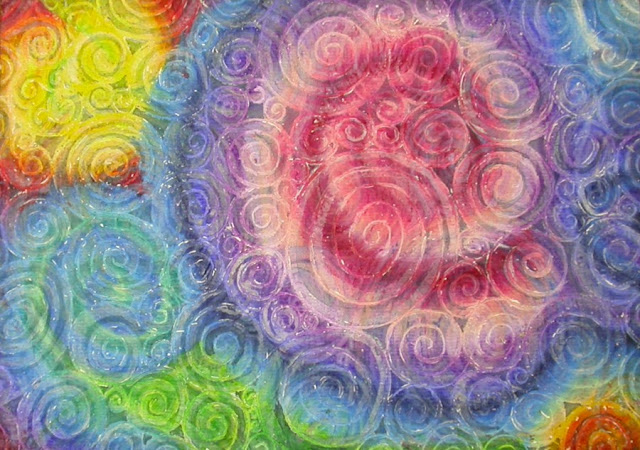 I scratched off the white lines.

I’m much happier with it now as the remaining wash highlights and shadows are now just as transparent as the second layer of swirls and the whole piece has much more dimension. Scratching those lines back to the first layer colours also brought some more vibrancy back into the piece as those colours are brighter than the washed and the white oil pastel swirled surfaces.

But it is still not finished and this is where it stands at the moment as I try to think of what to do with it next. I’m tempted to cut one side off to make it square which would balance out the composition much better. I’m also thinking of a silhouette in either black or a very dark shade, maybe a tree or something else swirly. I’m not happy with the lack of contrast.

But anyway, this is my contribution for today for Art Every Day Month. I did most of this over the weekend, but I did finish the scratching off today. There is no way I can complete a piece of art everyday, but I can DO SOMETHING every day, so that is my challenge.

Oh, and it should be mentioned that since the weather went bad, we all ended up in our kitchen and it turned out to be a fantastic afternoon. KJ and Sis joined in the arty experience and soon the kitchen cupboards were adorned with drying paintings. 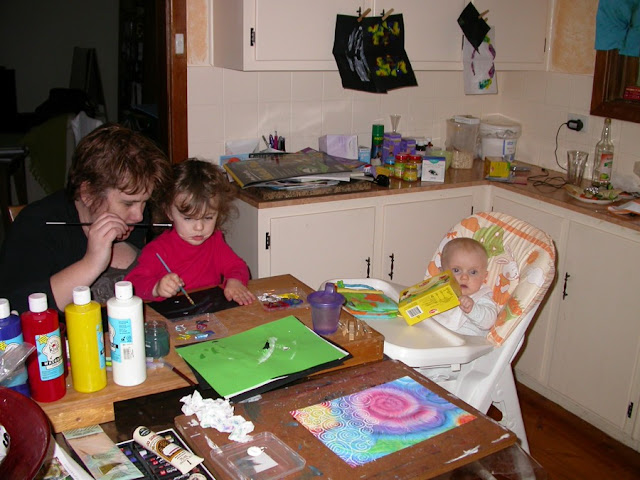 So even if I end up trashing the painting, it was worth the memory we made.

Nutty
(who had a great day with family)