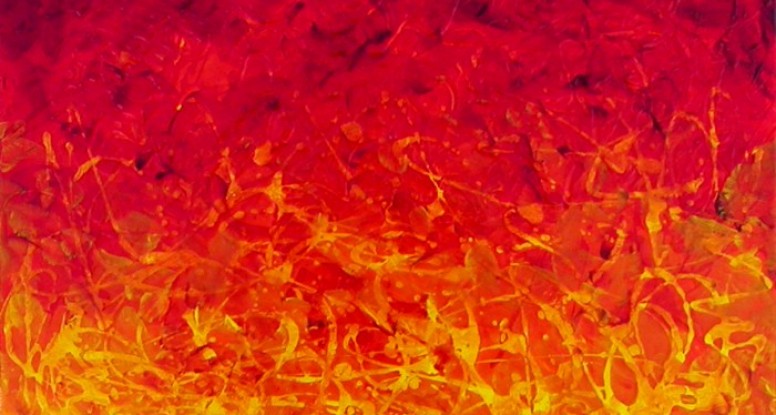 Do you remember this book I mentioned last week?

I’m now approximately three quarters of my way through it and it is a fantastic book. It starts out with some colour theory and history before delving into each major colour of the spectrum individually. After that it looks at some individual artists and discusses how they each use colour and their working methods with that colour. The last section in particular is proving to be reassuring and very interesting. But then, this book had me at the front cover. Such lushious illustrations.

Beyond basic colour theory, the author reveals much of the story behind many of the pigments, how they were made, where they get their names from, when they were developed, why they do what they do, why some have been replaced…actually a lot of whys are mentioned.

I’m now finding myself knowing what kind of green is being referred to when Hooker’s Green is mentioned, the differences between titanium white, chinese white, and flake white, not to mention ivory black and lamp black. I know what is meant by a Hue in paint terms, what a Lake is, and the miracle that is phthalo.

I highly recommend this book. It provides a great deal of background information on the pigments we use as artists and helps us familiarise ourselves with the individual colours and their properties. That and the colours in the book are just stunning. To have a look inside, I’ve linked the image to Amazon (only because they have the Look inside feature).

And speaking of colours, I have organised my watercolour palette. And the colour names make so much more sense now. One thing I did notice with the watercolour pans is how dark they are. Determining a colour just by looking at the pan in some cases is almost impossible, so I did something that I’ve seen recommended in many a book and made myself a colour chart. The rest of the browns and blacks are on the back.

I had all these wrappers that I no longer needed, so I put them to good use. The colours without wrappers are the sixteen I originally bought years ago. I have replacements for them, but I’m leaving them wrapped for the moment and stashing them away. I now know what the P numbers are (PR101, PBr7, PY42, etc) – P is for Pigment, R is for Red (and whatever other letter is in its place has a corresponding colour) and the number designates the specific pigment used in the paint’s manufacture. Very useful when trying to match colours across brands (different formulations make different colours but the same pigment is a good place to start). The Colour Manual also has an identifying chart for each of these pigments so you know exactly what you are using and can check for factors like lightfastness, etc.

And perhaps I should mention my painting activities this week since this is Paint Party Friday?

Funnily enough, I haven’t used my watercolour paints beyond setting up that chart. There has also been no squid this week, so he is still without an eye (my daughter is getting impatient). Bit of a blaa week on the painting front. Tired and slightly unmotivated. But I did do a little acrylic work on a project I’m doing in tandem since it is mostly layering and experimentation, the complete opposite of the squid.

This is only the background of this little experiment, but I’ve found the effect rather exciting.

And ‘exciting’ deserves a segue into a little trip to Hallett Cove on Monday. Hallett Cove is a small rocky beach in the south of Adelaide, popular for scenery, rocks and, well, beach. My sister and I decided to take the kids down there because it was quite a cloudy day with some protection from the sun, and though it was windy, it was still very pleasant. Thunderstorms had been forecast and I was fully expecting one to roll in some time later in the day which it did.

I saw the thunderhead off the coast and kept an eye on it, totally aware that a beach is not a good place to be in a thunderstorm, and planning to leave as soon as it got too close. My eldest daughter and I sat on a rock and watched the distant lightning. An educational experience for her because I think it was the first time she had seen any lightning like this before. My sister had taken my youngest back to the car which was up the hill and across the park.

It wasn’t long before I decided that the storm had gotten close enough and it was time to seek the haven of the car. So instructing my daughter on basic storm safety (keep away from trees, safest place is in the car, etc) while we climbed the stairs off the beach, we headed back.

To find that the car was gone.

Now, Adelaide isn’t in tornado alley, nor is it in the tropics, so I’m sure there are storms out there that would dwarf anything the weather systems around here are ever likely to generate, but the Hallett Cove foreshore is bare hillside, no shelter, think golf course without the trees.

And did I mention that I’ve had trouble with thunder and lightning since I was a kid? Pretty much on a phobia level?

It didn’t take me long to surmise where my sister had taken the car – the toilets were at the other end of the foreshore, a couple of hundred metres away, perhaps, not a huge walk under normal circumstances, but lengthy enough when there is a highly active storm cell barrelling down at you from across the ocean, and all I could think of was how exposed we were.

So we made the dash. A weird combination of me walking fast, trying to keep chipper so my daughter didn’t pick up on my nervousness (she doesn’t need my complexes), darting glances across the water, me daring my daughter to race me to the car, anything to get us moving faster. I was also, in the back of mind, thinking I was being silly, but the logic was sound, that foreshore was not a good place to be. So we dashed.

I made it to the carpark just as my sister came out of the toilet with my youngest daughter, quickly followed by an almighty crack as the storm declared its presence be known in earnest. Let’s just say, we got ourselves and the kids into that car fast.

Safely inside, we watched the storm march in. Lightning was cracking all over the place and several other people who had been standing out watching it, decided being car bound was a much better option too. We decided to leave once the lightning started hitting land a little too close and we headed home, watching the spectacle as we drove, keeping the kids excited in the hope they wouldn’t get scared (which they didn’t, thank goodness). Even I was good. While I had been concerned while we were exposed, I didn’t freak out.

It wasn’t until later that night that my sister heard on the news that a teenager had been struck by lightning at Hallett Cove at approximately the same time we had been there. In fact, I think I even saw the bolt that struck him.

So I wasn’t being silly after all. I feel somewhat vindicated.

So what does that have to do with art? Well, it was a good yarn, and while we were at the beach I found that it hoards a plethora of sea glass for the hunting and my eldest and I had great fun sifting though pebbles looking for the stuff. I’m thinking I might add it to a mixed media mosaic sometime down the track. It is a material that has an interesting history and will make for a meaningful addition.

Eldest daughter has already mentioned that she would like to go back and hunt for more (she loves collecting stuff…any stuff ).

It should also be noted that I’ve had an idea for a big realist painting involving nerites. This is a note to myself to remember it. I seem to be very attracted to sea-going creatures at the moment.

But anyway, this post is barely short of a novel already so I will end it here. Goes to show that I really need to post more than once a week. Don’t forget to visit all the wonderful artists over at Paint Party Friday!